What a dream show! Tom – Ch & Imperial Grand Premier Isadoryou Tom Daley was awarded his first UK Grand which was brilliant but my baby boy Olly WOW! His 6th consecutive Imperial and Best of Breed. He then went on to take BEST OF VARIETY SLH ADULT and was runner up to the Supreme Adult.

Thanks to the boys judges – Steve Crow for the certificates and Mark Pearman for BOV wonder steward Sue Kirk who handled Olly beautifully for Best in Show. Tania Murray the boys breeder what can I say……they are a credit to you. 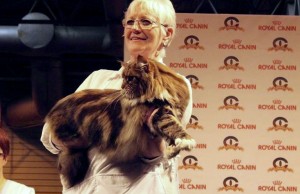